Glad to see the Penn State undergrads were able to get enough control over their grief for their grandfather figure/football coach, “Joe Pa,” to organize an observation in honor of the victims.  Restores my faith in the undergrads, but the whole sordid affair reinforces the perception of academia as being populated by ineffective CYA-ing administrators who live in the world inside their own heads.This guy Sandusky was allowed –wink/wink—to “horse around “(their words) (see the grand jury report at wwww.abclocal.go.com/wpvi/feature?section=news&id=8421115) with young boys in the shower in spite of suspicious behavior observed by many and horrific behavior observed and reported by a few.

In  our society, some institutions are trusted with our well-being.  This includes places where we work, and most particularly places where our children are educated.  Mr. Sandusky abused the trust given him as a member of the hallowed PSU football coaching staff, covering that position with the do-gooder cloak of a charitable group helping  boys, in order to sodomize the very same boys.  When it comes to such abhorrent behavior, the people in charge need to do more than the  minimum and to attempt to “protect the brand.”  They have to act to protect the next victim.

Protecting the Next Victim

Several years ago, an employee came to me with a complaint of sexual harrassment..  The employee was an attractive female, and a male employee had Xeroxed his genitals and written a note on the page next to the picture, promising to do things with the pictured member. She was frightened.

He had slipped the note into the lap drawer in her desk. (Today, he would probably send her a picture taken with his smart phone, but in those days, the Xerox machine was the pervert’s media of choice.)  I contemplated various courses of action to deal with the complaint, and eventually decided to report the incident to the local police, against the wishes of the company president and other officers, who were concerned about “corporate image.”  My rationale was based on  the threatening nature of the  promise of action in his note.  I was worried that he  would act out on his desires, either with the employee to whom he had written, or another female.  Several days later, he was identified by matching the handwriting in the note with the handwriting on his employment application, with the expert help of the police.  He was not arrested, nor did the complaint go on his record with the police….I had a counseling session with him, as did a couple members of the vice squad, and there were no further incidents from him.  Several weeks later, I terminated his employment.  As managers and executives responsible for the well-being of people in our organizations, I hope we are always able to place a higher value on protecting the next victim, and never on “protecting the brand.”

Expectations are powerful, and they affect our lives all day every day. High expectations 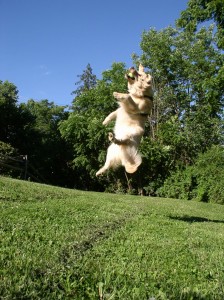 are combinations of hope, optimism, and trust.

Negative expectations are based primarily on fears.

We set ourselves up for reality by expecting it to be either good or bad. When it happens and it’s better than our expectation, it’s a pleasant surprise.

In his book, Social Structure and Social Theory, Merton says, “The self-fulfilling prophecy is, in the beginning, a false definition of the situation evoking a new behaviour which makes the original false conception come ‘true’. This specious validity of the self-fulfilling prophecy perpetuates a reign of error. For the prophet will cite the actual course of events as proof that he was right from the very beginning.”

Examples of self-fulfilling prophesy happen many times in daily life. Every year it impacts grade school students, for example:

Little Johnny does ok in first grade, but he fidgets at his desk and talks a lot. At the end of the year, the first grade teacher notes these behaviors in Johnny’s record.

In August the second grade teacher is reviewing the students for the upcoming year, and Johnny’s behaviors in first grade are noted.

The second grade teacher decides to deal with Johnny right off the bat, and assigns him to the desk right in front of the teacher’s. His behavior is scrutinized by the teacher, more so than the other students’, and the first time Johnny fidgets or talks, the teacher comes down hard.

Measuring some indices of performance is a relatively straight-forward process.  Revenue & Expense–and all the various expressions of margin–are measured and reported as specific numbers.  The speed you’re traveling in your car is measured precisely and arithmetically, as is the amount of alcohol in your system if your driving happens to become impaired by a police officer.

BUT…When it comes to measuring indices of human performance in work, we have somehow been convinced that measuring people is more art than science.  The earliest human mesurement system I can recall encountering is Satisfactory/Unsatisfactory, which was the system rating me in the early grade school years.  Then it became ABCDF, and then it’s numeric equivalent in high school and college, the 1.0–4.0 scale.  When I went to work it became Outstanding, Good, OK, Fair, and You’re Fired.  There’s even a system out there today that uses a rating scale of Very Satisfied, Mostly Satisfied, Satisfied, A Little Bit Unsatisfied, and Ballistic.  “Satisfied” is not a behavior…You can’t see it, you can’t measure it.  How can a person measure their own “satisfaction?”  What does it even mean?

All of these human performance rating systems share a common problem–not enough categories.  Even the old 1-10 scale applied to the overall attractiveness of a person, and the 1-100 scale for scoring math tests, only allow for a limited number of ratings.  Trying to press, say, 200 peoples’ performance into five categories ends up being an exercise in relativity–‘Let’s see, I rated John a Good, but Sally is better, so I’ll have to rate her as a Good+.’

Evaluating a person’s performance is serious work, and it has consequences.  If you enter a person’s life in a helper role, you will either have a positive or negative impact on that person–never a neutral impact.

Communicating to an employee areas of performance that need improving may be the hardest job a manager has.  Most managers are reluctant to communicate directly about a person’s problem areas, because they fear a reaction from the employee, one that will focus on a weakness/need of the manager.  (The manager, like all of us, is mostly thinking about themselves during a performance appraisal.)

2.0  Fails to meet some standards

Examples of standards include:

Revenue/employee, Forecasting accuracy, On-Time Delivery, Sick Time, Calls per Day, Interpersonal Response Level, Callbacks, Transactions per day…If you can observe someone doing it, it can be measured.

Perhaps the most unfulfilled employee need is honest feedback and information about how to improve.  Managers who can put aside their own fears and provide accurate ratings based on defined standards with an effective degree of empathy will actually help people.